LIFE SHARA “Sharing Awareness and Governance of Adaptation to Climate Change in Spain” aims to build a society highly capacitated to adapt to climate change, through the cooperation among all relevant actors, knowledge generation and awareness rising.

LIFE SHARA project straightens and gives continuity to the existing climate change adaptation plans and initiatives. Thereby, it is considered to be a part of the Third Work Program (2014-2020) of the Spanish National Climate Change Adaptation Plan (approved in 2006) and a contribution to the Portuguese National Strategy for Climate Change Adaptation (adopted in 2015). Moreover, it will promote and straighten the use of the web platform AdapteCCa, a tool for exchange of information and knowledge in the field of climate change adaptation in Spain, launched in 2013.

The networking activities between LIFE MIDMACC and LIFE SHARA projects has already been raised since the formulation of the proposal. LIFE MIDMACC will give information on the AdapteCCa platform and, at the same time, this platform will facilitate the transferability of the results and advances of the project.

With the support of 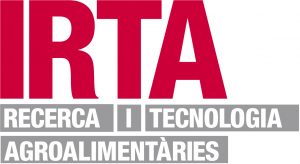